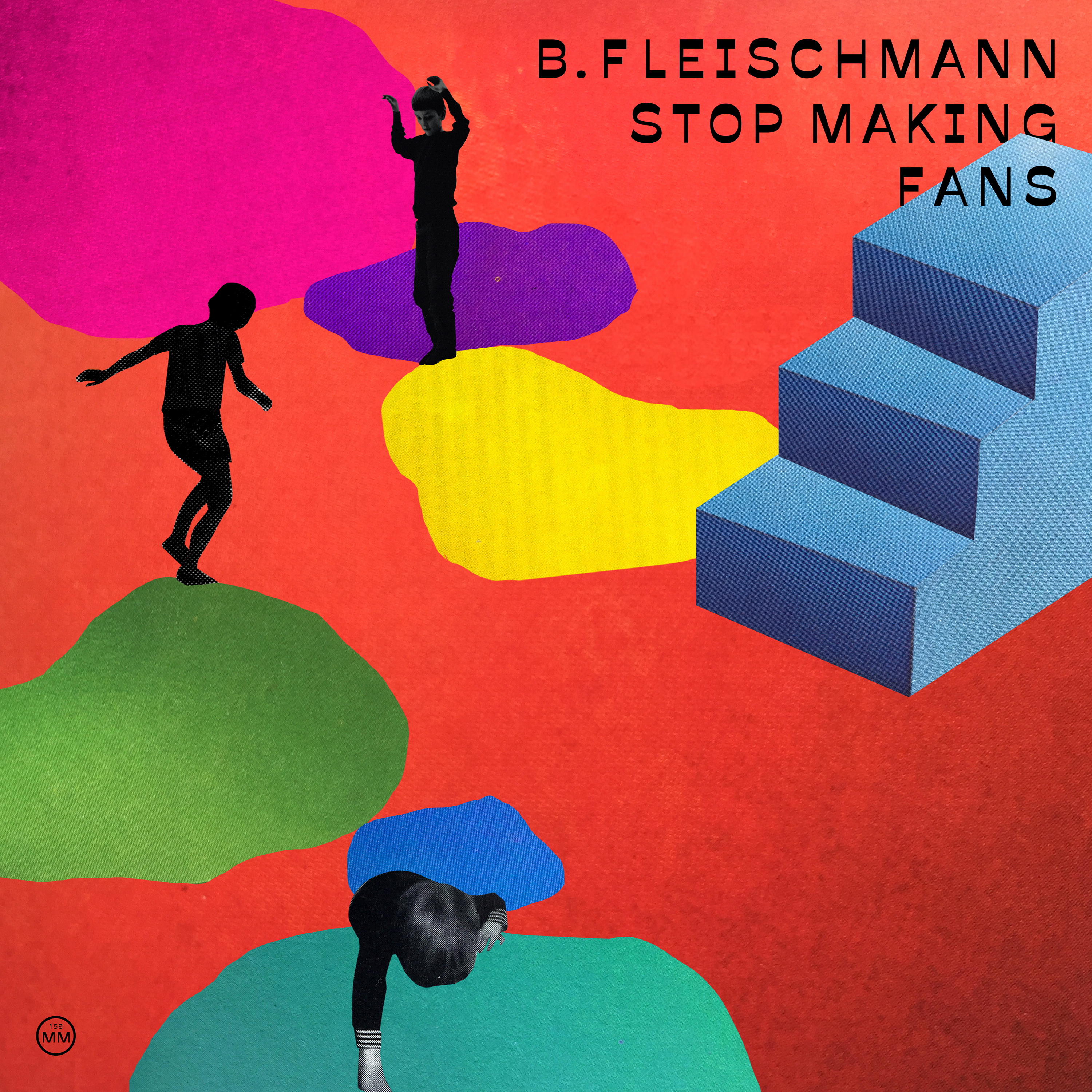 “Stop it and just DO,” Sol LeWitt once wrote to sculptor Eva Hesse – and listening to B. Fleischmann’s new album, he indeed does both: He slams on the brakes and stops looking at what anyone else is doing, stops pleasing, stops being restrained, and at the same time he floors the accelerator and delivers the kind of high-paced work that bursts at the seams with polyphonic energy and an urgency unique to his music.

Arriving with interlocked bleeps, the hustle and bustle of an invisible grand station’s atrium (“Here Comes The A Train”), Fleischmann’s trademark vocals serve as a gentle reminder to resist the siren calls, to not trust the latest hype. Energy levels remain high throughout the first part of the LP – whether it’s the mumbling, personal stocktaking of what feels like an underwater hymn (“There Is A Head”), the robotic, immodest pop tune “It’s Not Enough” (feat. Gloria Amesbauer) or the return to light-speed mode on “Wakey Wakey” – the first half of this album is indeed all about letting off some steam.

After the collected canter of 7-minute instrumental “Hand In,” the multi-instrumentalist & his studio mates kick off the slower-paced part II with the title song: a note to self, a reminder to never buckle or water down an original vision… and indeed, it’s a sonic tapestry that’s impossible to compare or pigeonhole when he changes the rhythm in mid-track and turns yet another corner when you thought you had discovered a fixed pattern. That said, B. Fleischmann certainly knows how to orchestrate an entire funfair full of sonic attractions. Guest singer Gloria Amesbauer returns for soothing tunes “The Pros of Your Children“ and „Hello Hello“. B. Fleischmann guides us to his almost jazz-tinged “Little Toy“, and leaves behind an “Endless Stunner“ — another typically dense and shape-shifting stream of harmonies that keeps winding its way until the very end of this album…
It’s rare that an album is great because it does not live up to its title – but here’s one. “Stop Making Fans,” his first full-length release in five years, is another totally unique, and thus potentially fan-base enhancing release. But then again, it’s always been like that: We’re usually at our best when we care the least – look at the delightful ways of toddlers or really old people. That natural ease, those invisible shrugs of shoulders: it’s what does the trick. And you can hear a lot of that on “Stop Making Fans”.